This year I feel like I hit the ground running and have only just had a chance to stop and breathe. And therein lies part of the problem. A few days before Christmas, I started to cough, just a little. Then some more. No, you don’t have pneumonia for the third time, the doctor said. Phew, that’s a relief because I was a bit worried. I didn’t know I had it the last two times until things got serious (how dare pneumonia interfere with Book Week!) . And then it got harder to breathe. And I was coughing every day. While I waited for the (disappearing) specialist (that’s another story) my symptoms finally went away two weeks ago and I see the new specialist next week for damage control and moving forward. Oh and in between I had shingles – because I was stressed – everyone else in my family had a serious health problem at the same time. We wore out the health system. Never a dull moment.

But in the meantime, here’s what else has been happening: 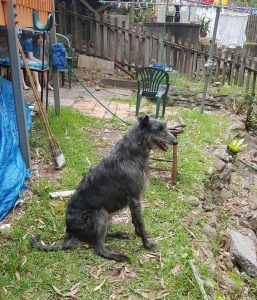 In 2015 we had to give up our 9-month old deerhound puppy as there were just too many health problems in our family (sounding a bit familiar) and a (very large) puppy was unmanageable. Her breeder found Ally a lovely home with a family on a farm in Yass. We missed her, but sometimes hard decisions have to be made. We called in to visit once and could see she was happy. Fast forward to Christmas 2018, we received an email asking if perhaps things had improved and we might be able to take her back.

Where Ally lived, stock were being attacked by stray dogs (not Ally) and wandering dogs were being shot. On her farm there was no fenced enclosure except her small sleeping area and her family were worried about her. We were happy to have her back, as it was always something we wished we didn’t have to do.

Often I miss the South Coast Illawarra Kids Day because I’m on holidays. But this year the stars aligned and I was there running two very well-attended Minecrafting  a Story workshops. In fact, the whole day is now so well attended it had to be ticketed. I love working with kids and stories. There’s nothing more inspiring.

Thanks to the constant coughing and severe shingles pain, I was a no show at my favourite conference. (Maybe in 2021…). I did however make it in for my Creating Super Storytellers session at the PD Day where I was on a panel with superstars Tim Harris and Yvette Poshoglian.

I have been casually stalking Tim Harris for almost 18 months – in the same place but always somewhere else at the same time – so it was a treat to finally chat with Mr Bambuckle’s alter-ego. Perhaps the highlight of the conference!

The feedback on my talk about using Minecraft to inspire writing was enthusiastic so hopefully I’ve converted a few teachers to the possibilities the combination of gaming and literature provides. 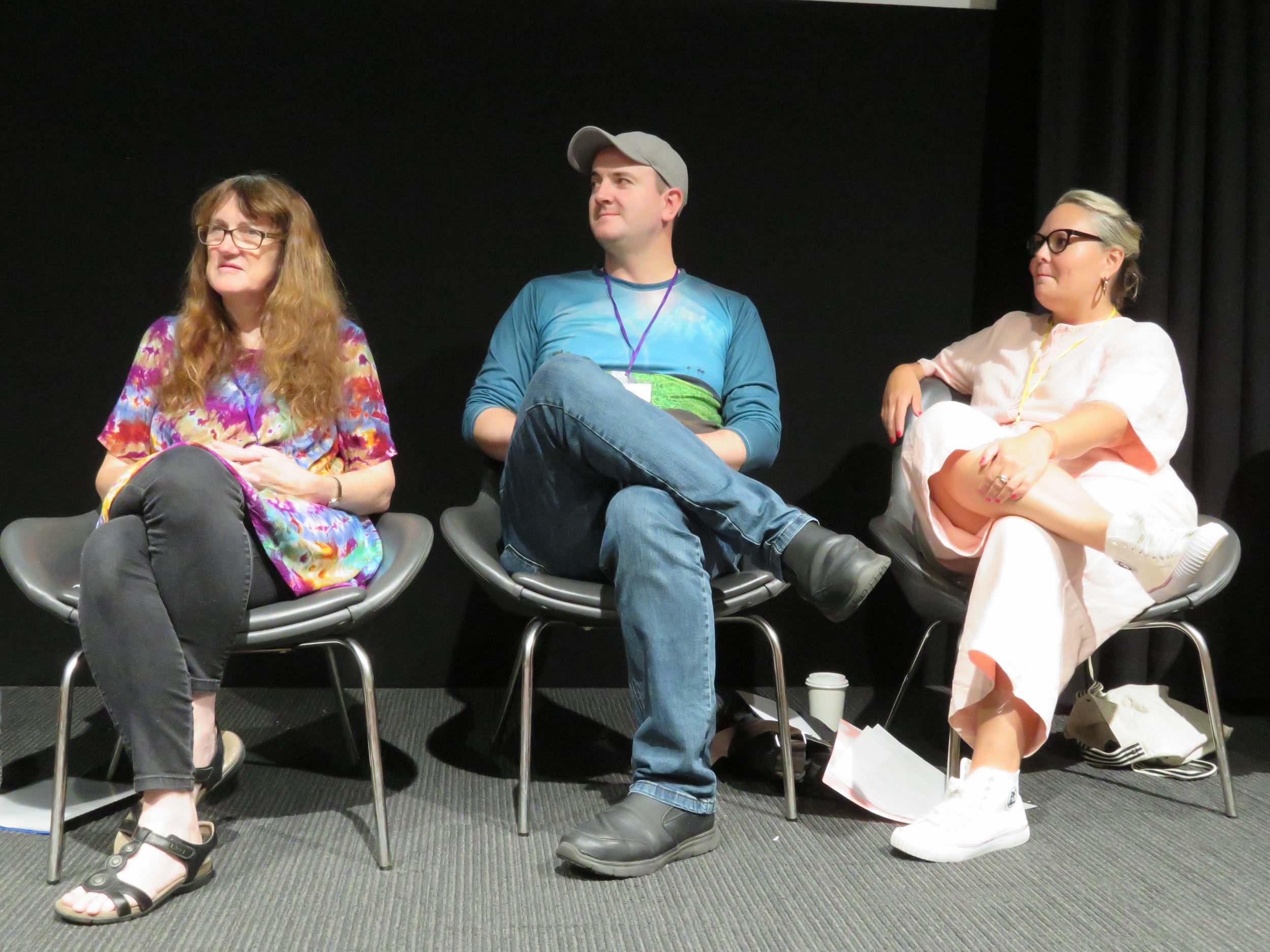 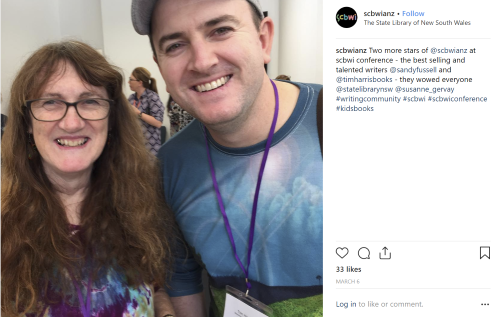 It still remains my main form of exercise as I rack up the shiny catches and the dopamine hits. I protest I’m not alone in this. There is more than one Oz children’s author on my Pokemon Go Friends list.

I was privileged to be able showcase 24 wonderful Australian books for readers up to 14 in front of the huge Sunday Telegraph Funday pages audience. They’re not really reviews but bits and bites – hopefully enough to grab a parent’s attention and put a book in front of a child. Here are the two five star reviews for January to March: 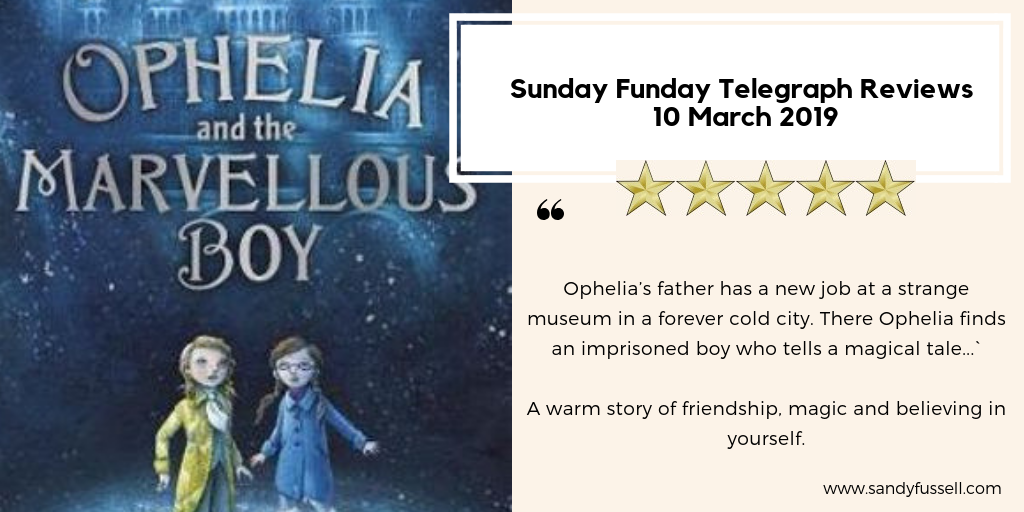 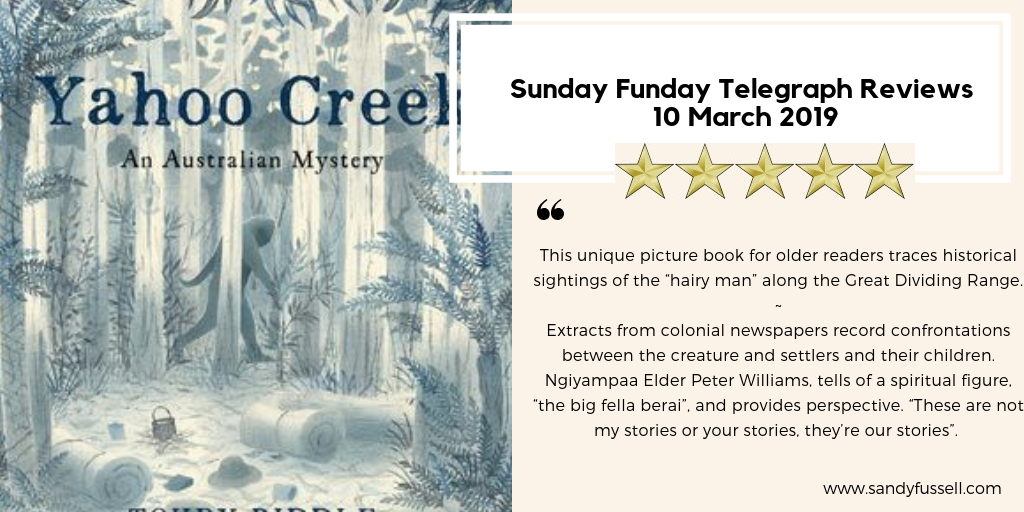 I wrote 12 articles for Buzz Words highlighting six of my favourite websites and sharing six book and author promotion ideas.

I’m reworking parts of my WIP Algernon and the Outside Girl including the end.

don’t you hate it when someone tells you something you know is wrong  with your story,especially when you’ve worked so hard to convince yourself it’s not true?

I’ve also been workshopping with a friend (shout out to Freddy Iryss) and my word output has improved dramatically.

Writing in My Un-Comfort Zone

The Week That Was #4