“Compare the book you have been reading…”

First question on #2 son’s Distance Education English Unit for last week. What book? Scrabbled back through the year’s notes. No mention of a book. Urgent phone call. It was supposed to arrive four months ago in time for it to be read but oh no! it hasn’t been sent.

“Choose any book with a teen in it,” said his teacher. “There’s another book to be read for later this term. I’ll put that one in the post.” 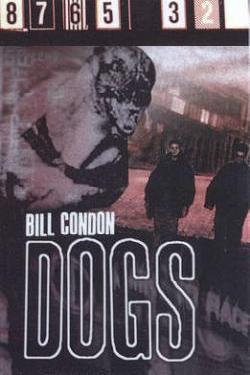 Finding a book was the easy part. I just happen to have a massive collection of wonderful Australian YA. No trip to the library required. The problem is #2 son is not a reader. Yes, sad but true, my son doesn’t like to read. So it was going to be a long haul to read the book and then catch up the work.

I made some choices and presented him with a selection. He picked out Bill Condon’s Dogs. Was it because it has a great cover? No. Was it the nice shiny CBCA Older Readers Honour Book sticker on the front of my copy? No. Was it the fact that our town is one of the settings? Or even that he’s met Bill and played a game of pool with him? No.No.

Dogs was the slimmest of all the books. Guaranteed to involve the smallest amount of reading. *sigh* At least we would be able to get to the work quicker.

So the struggle began. 5 pages a night. Then a few more. Then came the night where we argued about whether it was time to turn off the light and go to sleep. And the night where he got up at 2am to keep reading.

On the night when the book was fully read, a big discussion about the end followed. It had him a bit puzzled because it wasn’t what he was expecting. This was, after all, his first real book and he had encountered “the twist.”

Finally, the return of the night with no book. I said nothing and held my breath as he got into bed. “I feel like reading,” he said. “Where’s that other book I’m supposed to read? The one that came in the mail.”

Tomorrow, When the War Began. Apparently it’s not as good as Dogs but he’ll read it anyway!

My 15 Favourite #LoveOzKidLit and #LoveOzYA Reads of 2016

Why Adults Read YA: I review The First Third